More details will be posted here in due course. 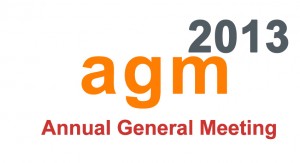 All clubs, and interested parties are welcome to attend the meeting taking place at  Sawston Sports Centre, New Road, Cambridge, CB22 3BP.  Please forewarn us if you intend coming by email to:

If you have opinions this is the time to express them, silence or apathy is the enemy of fair play!

The Region is planning to hold an Open Veterans Competition followed by the Trampoline-east AGM on the 16th September 2012 at Harlow Leisurezone, it is also considering holding a synchro competition if there is sufficient interest.

All competitors must be a member of British Gymnastics, the competition will be divided into two Levels:

All competitors will compete the set routine for their group and a voluntary routine to which an age bonus and tariff will be added.. There will be no finals.  Set Routines are

An age bonus will be added to the voluntary routine only. For each age group, 0.1 added for each year over the start age of the group. (i.e. a 55 year will get a 0.5 bonus). If two age groups are merged the higher age range will get 0.3 plus the age bonus.

A team can consist of 3 or 4 performers. Teams can be men’s, women or mixed with performers from any age group or Club. Teams must be declared on an entry form before the closing date.

All competitors must have an appropriately qualified coach present.  Competition Rules: as British Gymnastics Code of Points.

The Committee would also like to run a Synchro Competition on the same day to make it an all-day event for the region. The synchro competition will be based on the same format as the Dragons TC use for their competitions;

All groups, dependant on numbers,  competitors can be mixed age, sex and ability, set routine twice.  Grades: no tariff given in any grade. Grades may be placed together depending on numbers.

Both The Veterans and Synchro Competitions can only run if there is enough demand from the clubs in the region. So please could you e-mail your provisional numbers for each competition to  suej@trampoline-east.org by the 28th June 2012 so that the venue can be booked accordingly.

On the AGM front, nomination forms for the new committee will be e-mailed out to all Clubs in the region no later than 10th August 2012.

Published January 2, 2012 | By dave
The Committee would like to invite any Eastern Regional Club member to attend the next Regional Committee Meeting which is being held straight after the Brentwood Regional Grading on the 22nd January 2012.  The Non-committee members attending the meeting will not be able to propose or vote on a motion, but they can respond to any points raised during the meeting if the Chair opens it out to the floor.
The Committee asks those who wish to attend to please do the following;
The time of the meeting will be confirmed once the program for the event has been worked out.  As it will be a long day for everyone the meeting will run no longer than 90 minutes.
Stuart Kelly
Chair- Trampoline-East
chair@trampoline-east.org
28th December 2011
Please follow and like us: